Saint James Catholic School was established in 1965 at the request of Pastor James Munnelly. With the recommendation from the Bishop of San Diego, Father Munnelly invited four Sisters of Mercy from Sligo, Ireland to staff the parish school. Sister De Chantal Finerty was the first principal of Saint James Catholic School. The Sisters of Mercy continued to serve as school administrators until the 2000-2001 school year, when then principal, Sister Mary Francis Coleman, was called to serve as Chancellor to the Bishop in the Diocese of San Bernardino. At that time, the school began its direction under a lay principal. The Sisters of Mercy continue to influence and bless the Saint James School community in a teaching and parish ministry capacity. The school has been founded and imbued with the spirit of founder, Mother MacCaulley, in living the Corporal and Spiritual Works of Mercy in the Perris Valley community. 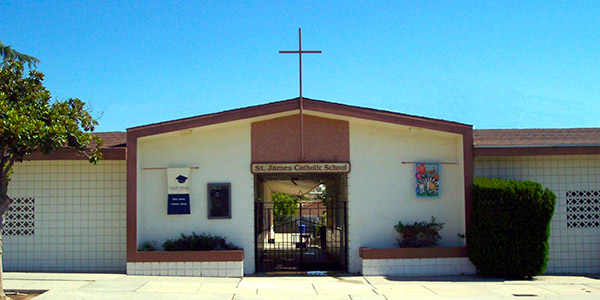