St. Catherine of Siena School began its history with the Franciscan order of sisters in 1956 with two classrooms. Classrooms and programs were slowly expanded until they reached their current level. In 1984, a kindergarten program started and an extended daycare program was introduced. The school volunteered use of the classrooms and hosted doughnuts and coffee to the parish after they suffered the devastating loss of the church from a fire on January 5, 1985. The years following were spent rebuilding the church and a wounded community. When the new church was constructed, the school placed a time capsule under the bell tower during the dedication of the church to the people in February 1992. By this time the school had grown to nine classrooms (one for each grade) and three modulars, which house the library, computer lab, and extended day care. Plans for a preschool program became a reality in January of 1999. Furthermore, in the summer of 2007 the school underwent a major renovation. The Shea Foundation remodeled the entire school, including playgrounds and the field. During the 2012-2013 school year the Shea Foundation updated the school computer lab and Caritas Communications secured the school's technological infrastructure. The school has also taken measures to continue having a safe campus by adding additional gates and fencing, as well as 24 hour video surveillance.

The current administration and staff are working hard to maintain a stable, Catholic environment with high academic standards. The school has received the Best Of Rialto Award in the category of Elementary Schools for two consecutive years (2013-2014). Since its inception the school has provided the San Bernardino Vicariate with over 55 years of Catholic Education. 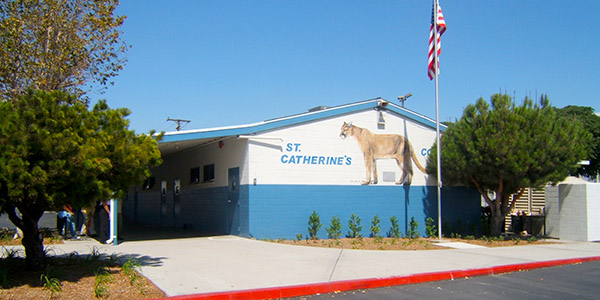