History of Our Lady of Perpetual Help School

Our Lady of Perpetual Help church and school is located in Indio, California. However, nearly 80 years ago, this site was smaller and housed a solitary Franciscan Mission. The mission had been established in 1928 and was under the jurisdiction of the Diocese of San Diego. With rapid growth in the eastern Coachella Valley, the mission soon became a quasi-parish (1934), and by 1937, was raised to full-parish status. Father Patrick Kenny, the first pastor (1937-1944), oversaw the construction of the first church, which began in 1937 and was completed that same year.

The 1940s and 1950s saw a continuation of the rapid growth in the areas Catholic population and the original church could no longer keep pace with the liturgical and sacramental services. Father John Rhatigan, pastor from 1958-1961, built the present church, which is adjacent to the original church. The new church was solemnly blessed on April 24, 1960, and dedicated to Our Lady of Perpetual Help.

The Catholic-based community has continued to grow significantly over the years and ministers to the needs of the faithful and surrounding community. Today the parish serves approximately 3,300 registered families. Of note, more than 75,000 residents live in the Indio area and over 60 percent are Catholic due to the large Hispanic population.

The academic arm of Our Lady of Perpetual Help church is Our Lady of Perpetual Help School. Its inception started with Father Joseph Mackey, pastor from 1948-1955, who was dubbed as the school man. Seeing a need for Catholic-based education, Father Mackey dreamt of building Our Lady of Perpetual Help School. This idea, however, strongly competed with the idea of building a new church, which was also needed. The question at the time was whether to build a new church or a school first. Foremost in Father Mackeys mind was to meet the challenge of providing a Catholic educationan effort he dedicated his life to. If the Church was to spread, it needed to teach Christian values and promote its Catholic identity, and the presence of an educational community was an excellent way to meet this challenge.

Father Mackeys idea prevailed and it was agreed on by common consensus: the school and convent would be built first and the church later. With his strong and charismatic personality, Father Mackey convinced Dr. Gene Morris to donate a five-acre site for the school and convent. Arnold Cargois was the architect and drew up the plans for the two buildings. Construction began in 1950 and the school and convent were completed in 1951. On September 11, 1951, the areas first Catholic school in the eastern Coachella Valley opened its doors to 218 students. Bishop Buddy subsequently dedicated the site to Our Lady of Perpetual Help on May 22, 1952.

Through the efforts of Bishop Buddy and Father Mackey, the School Sisters of Notre Dame were entrusted to run the newly built school. In August of 1951, Sisters Joanella Bextermiller, Therese Mary Rebstock, Jeanette Marie Maniscalco, Mary Emil and Carol William arrived in Indio. Sister Joanella was the first principal from 1951 to 1956, while the others became the schools first staff of teachers.

The School Sisters of Notre Dame continued to serve Our Lady of Perpetual Help School for a forty-five year period. The debt of gratitude owed to these nuns, both collectively and individually, is beyond words to convey. On their five-acre Christian setting, these women brought the Gospels of Jesus to countless young minds. Their dedication to the education of Christian youthfor which they were primarily founded and called to servespeaks of a strong legacy a legacy comprised of excellence and quality, and so aptly left behind on hallowed grounds.

While the original school facilities constructed in 1951 consisted of four classrooms, a kindergarten room, and the school office, other improvements came along as the years went by. In 1958, the kindergarten room was converted into a library and study area. In 1962, a motel located on the corner of Park and Bliss streets was acquired and converted for classroom use. This new site became the primary location for first through fourth grades. The schools reporting structure also changed in 1978 with the advent of the newly created Diocese of San Bernardino.

The school continued to grow in the 1970s, and after a twenty-three year absence, in 1981 Our Lady of Perpetual Help School reinstated the kindergarten program by renting a classroom. Owned by the Episcopalian church, the rented space was located on Bliss Street and faced the parish church. However, within two years, the campus became cohesive once again. In 1983, the school library moved to a portable-trailer building on campus and the kindergarten class was moved into the former library, which was the original kindergarten site.

A computer lab was introduced in 1987. Housed in a small building on the same lot as the original rectory (located at 45-173 Park Street), it was another enhancement to the schools academic program. Its introduction ushered in the schools effort to educate students using modern technology. The computer lab became an essential component to the curriculum and is utilized daily.

In 1990, the school was still growing and two modular units, which housed four classrooms, were leased with an option to buy in the future. The two units housed the primary grades and were adjacent to the former convent, which had become a parish office. In 1995, a physical education teacher was added to the school staff and the portable-library building (trailer unit) was renovated and became the first P.E. office and equipment room. As a result, books from the library were distributed and all grades reverted back to individual classroom libraries.

In 1996, Our Lady of Perpetual Help School renovated two of the original primary classrooms. Located between the office and student snack bar, the two rooms became one and reopened in October 1996 as the valleys first Catholic preschool. Thirteen children were enrolled. Needing additional space, one of the four modular units was renovated in February 2005 and this additional space increased the preschools capacity to 61 children. Additional improvements followed in 2005 and 2006 and included upgrading the playground repainting the school refurbishing classrooms, and installing new air conditioning and heating systems, a security system, new fire alarms, and a new intercom system.

Our Lady of Perpetual Help School is a vital link to many people living in the eastern Coachella Valley. Support from families, friends, parishioners, alumni, and local businesses have helped the Indio school thrive. However, one couple in particularTom and Rita Martinbelieve that each student deserves a high-quality environment in which to learn and, in 2000, committed to the construction of a new school and new computers for OLPH students. The Martins tireless efforts became a reality in 2001 with the purchase of new computers and computer-related equipment for the computer lab. And after many meetings with different stakeholders, OLPH hosted a groundbreaking ceremony for a new elementary school on September 30, 2005. The Most Reverend Gerald R. Barnes presided over the blessing of the schools construction efforts and endeavors.

In spring 2007, OLPH students and teachers moved into their new two-story complex. A few of the original buildings remain and are used for various activities while the renovated motel houses the preschool. Some of the original classrooms, the original convent, and portables were removed from the site to make way for new athletic-playground facilities and a parking lot. The school has also acquired adjoining land that will allow for future expansion.

Our Lady of Perpetual Help School is the only Catholic school in the eastern Coachella Valley. True to its mission statement and school philosophy, its greatest contribution to the community of the lower Coachella Valley, and the City of Indio in particular, is its commitment to provide an affordable, quality education in a Catholic and Christian setting that subscribes to the teaching of Jesus and His Church. Students are encouraged to be a responsible Christian, fully committed to living Christian morals and values, and living all aspects of his or her Catholic identity. These goals and objectives are at the heart of Our Lady of Perpetual Helps educational system and pervade all areas of the school instruction and curriculum. 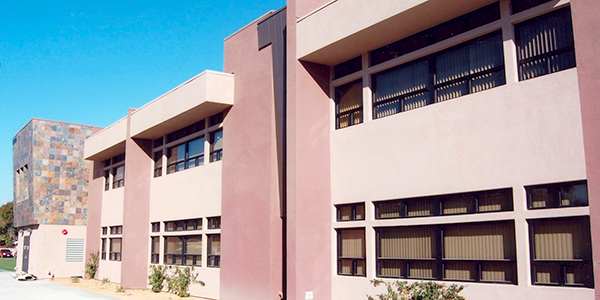