Sacred Heart School, previously named Anton Martin Slomsek, was established by Father Horvath on September 13, 1965, and was named after Bishop Anton Martin Slomsek. This saint had labored in the same diocese in which Father Horvath was ordained in Yugoslavia. He made a promise that if a request of obtaining sisters to staff the new school were granted, he would with the permission of the diocese authorities, name the school after the saintly bishop. The school began with an enrollment of 58 students in kindergarten through fifth grade to service the chidren of Sacred Heart Parish of Etiwanda. Sixth through eighth grade were added in the succeeding years. With the demographic changes, the enrollment continued to increase as the children from the growing communities of Alta Loma, Cucamonga, Etiwanda, and Fontana sought admission to the school.

The Sisters of St. Francis of Christ the King originally staffed the school. By 1966 the enrollment had grown to 136 students. In 1969, the first class graduated. The 1970's brought Father Joseph Snoj as pastor, followed by Father Raymond Rabatsky in 1983. The Sisters of St. Francis were replaced by the School Sisters of Notre Dame. The following year Father Fred Gaglia was appointed pastor bringing about many changes. The diocese re-identified the school as a parish facility and changed the school's name to Sacred Heart Parish School. Father Steve Porter became pastor in1997. He continued to support the efforts of the school to grow and prosper. In 2003 the school became the second school in this diocese to have a Pastoral Coordinator instead of a fulltime pastor. Dr. Pete Newburn continues in this position and is supportive of the school.

At the present time Mr. Enrique Landin is the principal. 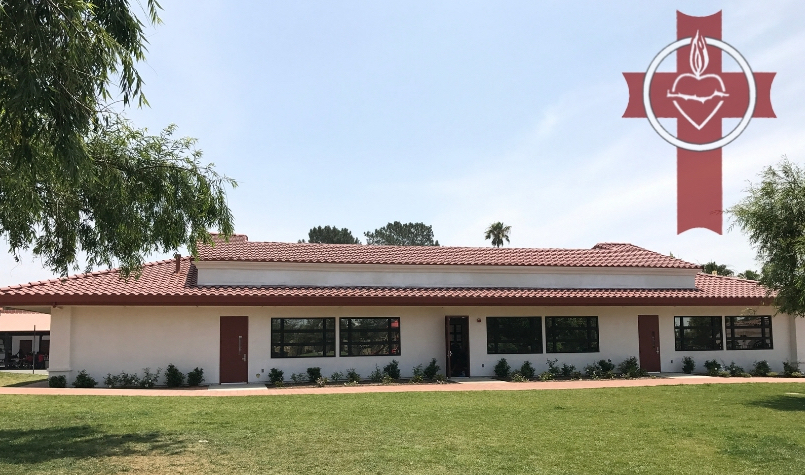