The Most Reverend Bishop Gerald Barnes established on July 1, 2006 this new parish community and named it after the first Native American Saint, Kateri Tekakwitha, who was canonized by Pope Benedict XVI on October 21, 2012. This new parish is comprised of the combined parishes of San Gorgonio in Beaumont , Precious Blood in Banning, and St. Mary's chapel in the Native American Reservation in Cabazon. Ms. Lynn S. Zupan was appointed as the founding Pastoral Coordinator of the new parish. She was assisted by two Priest Ministers, Reverend Paul Boudreau & Reverend Hector Restrepo. Father Frank Lowe, the pastor of Precious Blood was given a new pastoral assignment. This combined parishes was also made into an incorporated community. St. Kateri Catholic community is located in a fast developing area called the San Gorgonio Pass where the three main freeways, namely 10, 60 & 79 converge. The community is also growing in its ethnic composition and masses are celebrated in English, Spanish and Filipino. From 2009 to 2016, the parish was under the administration of the Society of Divine Word Missionaries and several priests from the said congregation have served the community. On July 1, 2016, Bishop Barnes decided to put it back under the care of the diocese and named Rev. Dennis Legaspi as pastor and Frs. Eduardo Aguirre and Dominic Vu as associate pastors. 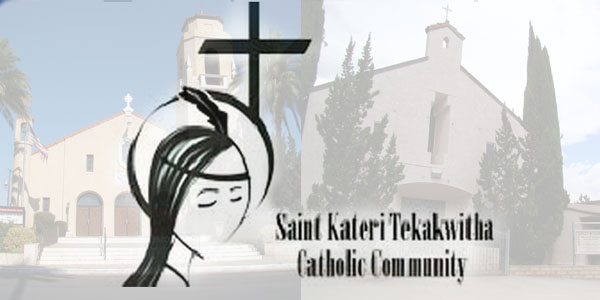