St. Patrick Catholic, Moreno Valley, was founded in 1989 when Bishop Philip Straling of the Diocese of San Bernardino announced the opening of another Catholic parish in the rapidly growing Moreno valley.

For 12 years the parishioners of St. Patrick worshipped together under the spiritual guidance of Fr. James McLaughlin, meeting at first at Box Springs School, and then at leased commercial facilities in Riverside near the DMV. In May 1996, nine and a half acres of land were purchased at the base of Box Springs mountain.

The first goal of the parish was to build a Ministry Center. The dream was fulfilled on June 21, 2001.

July 2001 brought a new form of pastoral leadership to the parish. Kirsten Thorstad was appointed Pastoral coordinator for a three-year term.

As of May 2002, St. Patrick Community has 2,187 registered families and more than 50 active ministries. Its Mission Statement notes the parish's union with the Diocese, its passion to further Christ's mission and to embrace the diversity in the community.

February 2008 - Deacon Heames' term was extended for another six years 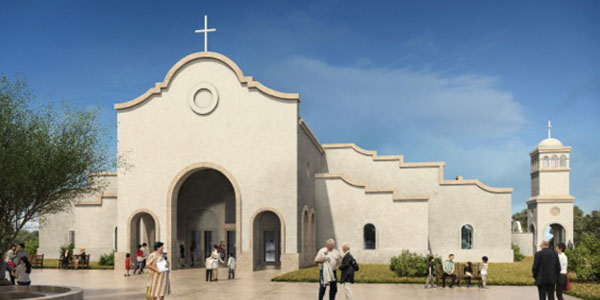