Fr. William Clavin became the first pastor of St. Theresa Parish, Palm Springs, in 1948. His burden was tremendous. The cost of getting the new plant in operation was about $200,000 and he had no more than 50 families.

In spite of that, St. Theresa School immediately opened in September with an enrollment of 130 students under the direction of the Immaculate Heart Sisters. With Fr. Clavin's transfer in 1954, Fr. Michael R. O'Donohue became pastor and for seven years built up the parish community while the school enrollment kept growing. It was under Fr. Michael Nolan who became the pastor in 1961 that the present Church of St. Theresa was built and dedicated in 1968.

The convent was built in 1965 through the generosity of Mr. & Mrs. Bob and Dolores Hope. As the community grew, so did the number of students, finally reaching 350. 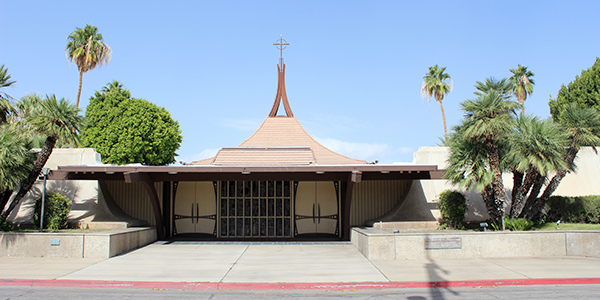