History of Christ The Redeemer

Plans for Christ the Redeemer Catholic Church began well before 1980 when, as part of the Diocese of San Diego, Bishop Leo Thomas Maher purchased property for a Grand Terrace church.

Father Michael Keane began developing a Catholic community, starting with an evening mass on Saturdays, held in the Church of Christ (which formerly stood on Mount Vernon Avenue). Father Eugene Speno became pastor of the new congregation and of the church in Highgrove. His assignment was to bond the two communities and eventually build a church on the property in Grand Terrace. Masses were transferred from the Church of Christ to Guadalupe Church while church building plans continued. Masses were later held in Terrace Hills Junior High School for a period of two years.

In 1980, master plans were complete and the construction of the new building was approved. The multipurpose church building was built to temporarily serve as a church until funds were raised for a permanent church and the original building would then become a parish hall. Our first mass was held in July of 1981. As our parish expanded the master plans were adjusted to meet the needs of the growing parish. A new parish hall was designed and built, and finally dedicated in February of 1997. To this day, the hall provides class rooms for religious education, a fellowship hall, kitchen, conference room and offices for parish administration.

Throughout the years, Christ the Redeemer has been blessed with wonderful and caring pastors:
1981-1986 Father Anthony Di Leo helped establish parish ministries many are still in place today
1986-1991 Father Raymond Rabatsky fostered the growth of the parish and enhanced community involvement
1991-1997 Father Donald Webber (now Monsignor Webber) continued to nurture the growth of ourparish community
1997-1998 Father Robert Tompkins provided renewed leadership for the Knights of Columbus
1998-2000 Father John Hindman further united the parishioners of Christ the Redeemer In July of 2000, Pastoral Coordinator, Sister Deanna O'Neill, OSB, was appointed by Bishop Gerald Barnes to provide overall pastoral and organizational leadership for our parish. Under her guidance, the Pastoral Council and other parish ministries began raising funds to build the permanent parish church. The remodeled church was inaugurated in October of 2009.

After the retirement of Sister Deanna O'Neill in January 2010, Bishop Gerald R. Barnes appointed Mr. Jose Luis M. Crespo as Pastoral Coordinator. He served the parish from 2010 and retired on June 30, 2018.

Bishop Gerald R. Barnes appointed Fr. Anthony C. Waturuocha (parochial vicar at St. Louis Church, Cathedral City, CA) as Administrator of Christ the Redeemer Church. He started work on July 1, 2018, and was officially installed Parish Priest by Bishop Rutilio DelRiego on September 8, 2018. He made many positive changes in most of the ministries, the church facilities, and the liturgy. 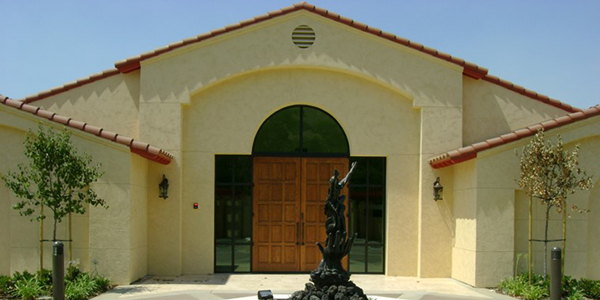