St. George Church, Fontana, was established in 1953 by the late Bishop Charles F. Buddy from the Diocese of San Diego. Ground was broken for the parish compound by the founding pastor, Fr. Phillip Watz, in August 1953. The church was built in memory of Rev. George Code from Oak Park, Illinois and the first Mass was celebrated on Feb. 7, 1954.

The community flourished for many years and the pastors that followed Rev. Watz were: Rev. Alfredo Mateo (1973-1978) and Rev. Marcel Jalbert (1978-1986). In 1986 Rev. Philip O´Carroll became the pastor of St. George Church. A Hispanic Coordination was created to address the specific needs of the community in 1989, which also led to the celebration of the first Spanish Mass. In addition, the 90´s brought a growth of the Filipino ethnic group and in 1997 Fr. O´ Carroll officially welcomed the Filipino community.

The 2000´s saw more multicultural celebrations in the parish and a growth in parish ministries which included Health Ministry, Youth Choirs, Small Faith Communities, and a Pro Life Ministry. On Oct. 26, 2001, Rev. O´Carroll was diagnosed with leukemia and was called to eternal rest after having faithfully served the community for 15 years.

Rev. Gerardo Mendoza was welcomed as pastor in July 2002 and in the following month Jose Luis Crespo became the first Pastoral Associate of St. George. During 2003, Fr. Mendoza and the Parish Council developed and introduced the parish´s mission statement and that same year the parish hosted the first Diocesan Simbang Gabi Mass. In 2004, St. George celebrated its 50th Anniversary.

In the past years, the community has continued to grow and become evermore active within and outside the parish walls. The blessing of having Fr. Mendoza as a bilingual priest has created a bridge between the Spanish and English communities and through this has brought about an increased unity and desire to deepen one´s faith.

St. George was gifted surrounding land in 2008 and has since then been planning for the possibility of building a larger church and facilities to cater to the ever increasing needs of the community. 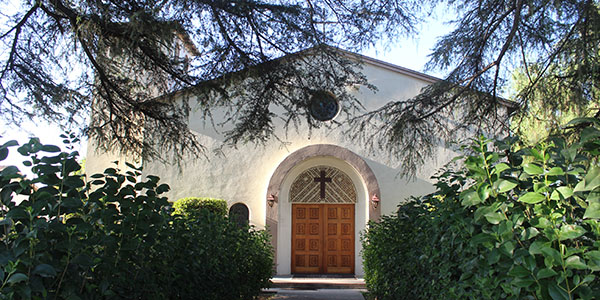