History of St. Paul The Apostle

"Approached by Bishop Philip Straling in January 1986, Fr. Richard Danyluk, Provincial of the Sacred Hearts of Jesus and Mary, invited Fr. Michael Maher to establish a parish in the hills near Chino. ""No way!"" responded Fr. Mike. ""Where is Chino Hills anyway?"" However, after prayerful consideration, he was captured by the Spirit. In September, Bishop Straling named the 250-family parish St. Paul the Apostle. It started with 7.02 acres of empty land.

In October Townsend Junior High School hosted Masses, and volunteer parishioners began training liturgical ministers and recording donations. The first Mass was celebrated on October 5 and a week later Fr. Mike moved into a rented house to serve as rectory and meeting place.

In March 1987 a Parish Advisory Board was instituted and a religious education program put in place. In November a Parish Center opened in Century Federal Building, where RCIA classes began. By early 1988, with 500 families in the parish, CCD certification classes opened. Three years later, the Parish Center moved to Kline Horse Ranch and by April 1992, the parish had 2000 families.

September '93 saw the groundbreaking for the multipurpose hall, offices and chapel and the first Mass was celebrated there. Bishop Straling dedicated the complex the next month, and one year later, in 1994, Spanish Masses were inaugurated. 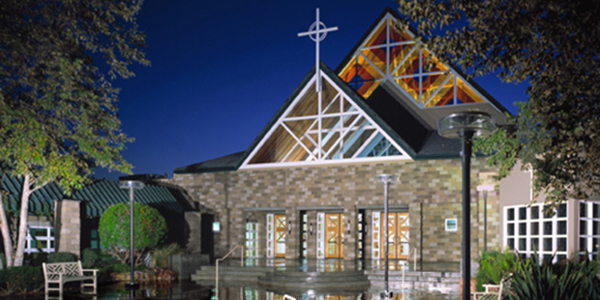