St. Philip Neri, Lenwood, Barstow, was founded in 1979, with the appointment of Fr. John Sierra as Administrator. However, seven years of hard work by the people of Grandview, Hinkley, Lenwood and Barstow preceded the event.

In November 1972, the people of these areas were asked to send a representative to St. Joseph, Barstow. From this request, the Lenwood Catholic Community League (LCCL) was formed. Through the work of this group, Mass was held in various halls and school with the first Mass celebrated there on September 19, 1973 for 140 parishioners.

Various ministries began to take shape. Parish CCD classes were inaugurated in 1973. Socials, educational classes, visits to the sick and the welcoming of new parishioners were some of the goals of the newly formed LCCL. At last the great day came for the groundbreaking on May 1, 1984, with Bishop Philip Straling officiating. The parish celebrated their first Mass in the new church just before Easter 1985, and the dedication followed on April 28.

St. Philip Neri had members in SLI and boasts a graduate of the Pastoral Ministry Formation program. Its R.C.I.A. program is flourishing, involving parishioners in the journey of those being evangelized.

St. Philip Neri is a parish on the move into the future. Its roots are in active lay involvement, its growth centers in Christ as found around us and its future is in lay leadership. 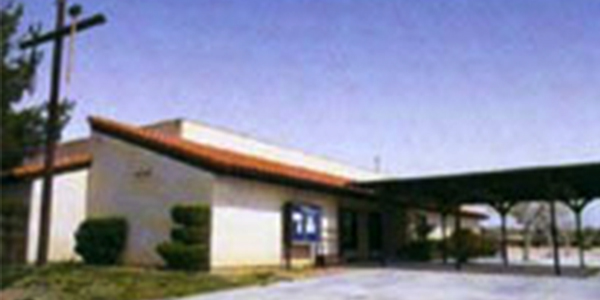