History of St. Mary of The Valley

In a small building at the corner of Onaga and Church Streets, Fr. Norman Smith celebrated the first Mass at St. Mary of the Valley, Yucca Valley, on Palm Sunday 1953. Fr. Edward Creighton assumed duties as pastor the following November.

The year 1954 saw several sacramental firsts at St. Mary: Confirmation (14), First Communion (4), a marriage and the funeral (of the bride, killed in an auto accident).

The parishioners of St. Mary of the Valley joyfully anticipate celebrating the 50th anniversary of the founding of their parish. 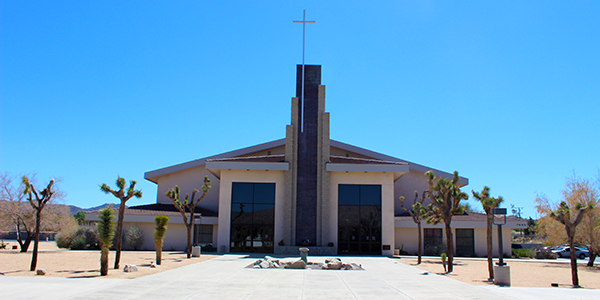